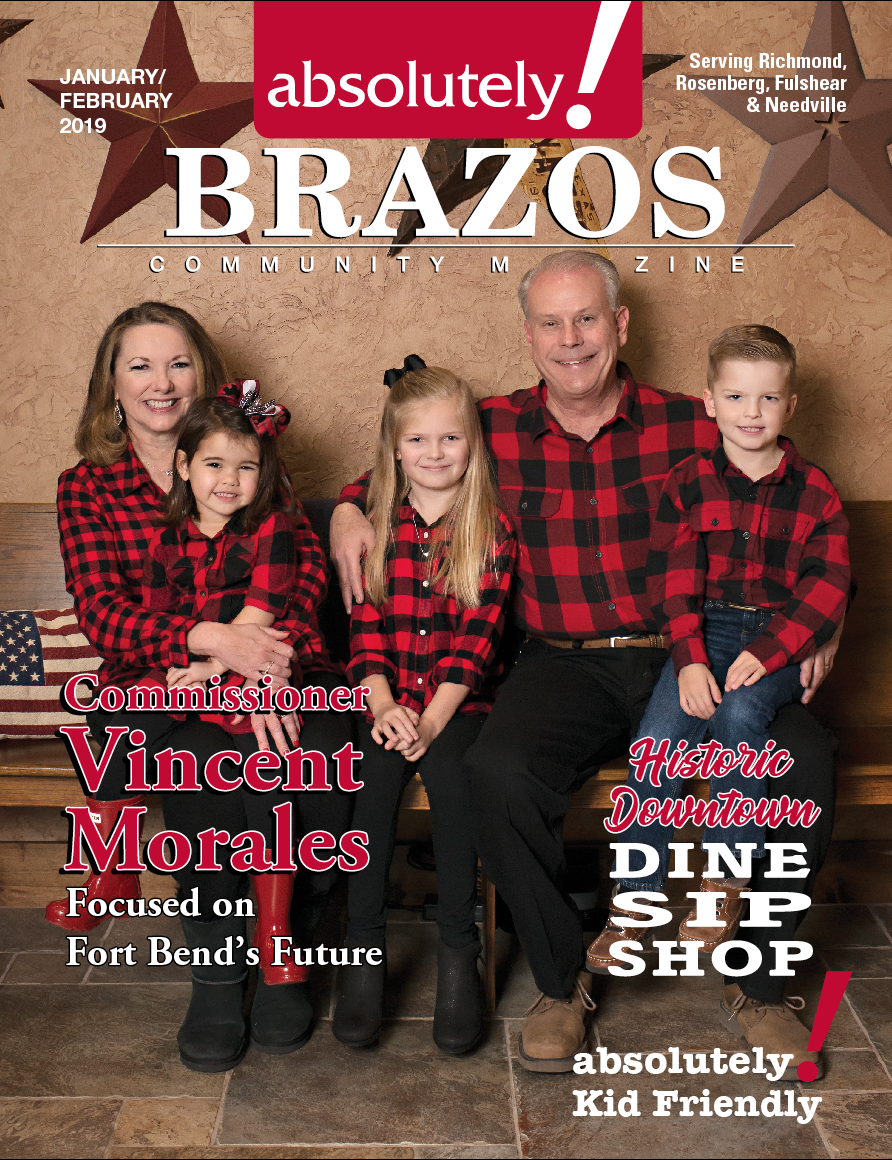 A little more than seven years ago, the idea of running for political office was the furthest thought from Vincent Morales’ mind. He was running a successful landscaping business with his wife Regina, and the couple found their community work satisfying.

“I had always been active in the community, particularly where my business was concerned, and both I and my wife were often engaged in economic development or philanthropic activities,” said Morales. “One day I was approached by then Rosenberg Mayor Joe Gurecky, who asked me to consider running for mayor when his term completed.”

Morales, intrigued by the suggestion, discussed the notion with his wife, and after they “talked, prayed and mulled it over,” Morales decided to run and was elected as the Mayor of Rosenberg in 2011. During his tenure, Morales accomplished securing long-term, cost-efficient potable water for the city of Rosenberg through his work with the Brazosport Water Authority.  “That took a great regional coordinated effort, vision and a little bit of good fortune to make it all come together, and in the end, it did.” Morales explained. “And although it wasn’t solely my achievement, I was also proud to be part of the team that secured a Texas State Technical College campus in Rosenberg.”

Morales’ term ended in 2015, but his desire to serve Fort Bend County through a political position did not. “I enjoy working and talking with people. I have a personal commitment and inner conviction to service and satisfaction. I don’t shy away from challenges or issues. I enjoy the satisfaction that comes from solving problems and working for a constituent base that comes from all walks of life, backgrounds and ethnicities.”

So, following his time as mayor, he ran for and was elected as Fort Bend County Commissioner Precinct 1 in 2016.  “I love local government,” Morales said. “In local government, you can lead and be a part of solving problems.”